Sergey Noskov. Interview with the author of the «35mm»and the «7th Sector» 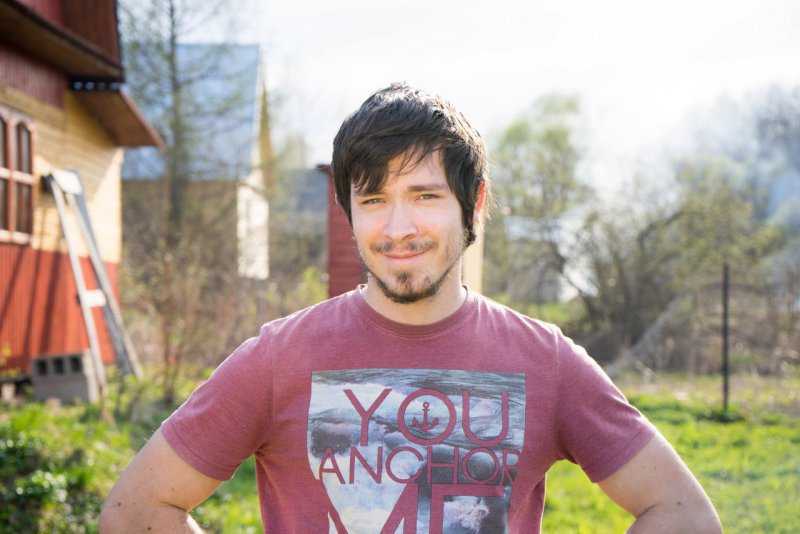 An XVIII-XIX centuries’ French writer, Joseph Joubert once said: “An ordinary work needs only a plot. A beautiful piece needs a seed that, like a plant, will sprout in the reader\’s mind itself. ” Today we were lucky to talk with the creator who planted a lot of seeds in the fertile earth of the video game industry. This experienced gardener is a game developer Sergey Noskov. Hello, Sergey. Tell us about yourself.

Good day. Thanks for the creative introduction! I liked the analogy with gardening and it seems very accurate when it comes to creativity in a general sense. I started my career at a very early age, in high school I was engaged in painting, decorative painting and drawing. As a student I intensively studied 3D graphics, practised video editing, visualization, tried the creation of special effects. I got into the gaming industry in about 2012. Since then, I have been dragged into this maze of virtual worlds which do not give you a slack and lure you deeper every year.

According to the canon, the next question should be when you decided to become a developer. But I have a more cunning alternative. When was the author \’born\’ in you? All your projects are not only interesting video games, but also works with a profound plot. When did you first feel you wanted to create?

Before the practice of creating games, there have been attempts at self-expression in painting and drawing. But there was an emphasis mostly on the atmosphere and the visual effects. I liked working on landscapes and portraits, but I didn’t pay much attention to details and meaning. The first experience supported by some idea was my first project called “Light”, created in 2012. Earlier, I have repeatedly mentioned that initially this work was conceived only as a demonstration of some visual effects on the Unity engine. The actually existing territory of the Moscow State University and its third building was taken as the basis for the virtual location. I had an idea to convey the mood of a bright summer day in this scene, with streets filled with sunlight. It was very important for me to emphasize the superiority of nature over human affairs and the fact that man, in fact, is not the Lord of creation, but a temporary, accidental and even not entirely desirable phenomenon for our planet. Most of what we do is harm to nature and the world as a whole. The idea isn’t certainly new, but if you want to talk about it from an author’s name, why not? Perhaps, after the release of «Sveta», I first thought about the fact that I can talk to the public with the help of games. Largely it happened due to the personal messages with reviews and feedback on the project and its conception that I started to receive.

Why was the development of video games chosen for the implementation of the ideas? Was there a moment when your muse, while talking with her friend on the phone, went the other way, and you could suddenly become, say, a sculptor? Imagine an article in the media: “Creative sculptor Sergey Noskov carved his new creation in the rock at the highest peak on the planet and called it the Seventh Sector, which greatly frightened the Bigfoot. The Yeti has been searching for the remaining six sectors for already two years. ”

When I painted, I seriously thought that someday I would be a professional artist, I would sit in a workshop, wear a hat and scarf, paint on huge canvases, fixing my moustache and beard in a mannered way. Unfortunately, the proper beard had not grown by my 30, so I gave up all my dreams. But seriously, getting in the way of game development was a matter of chance. First I accidentally started learning 3D Max (a 3D design program that my father brought home from the facility where he was repairing). Then, a few years later, I got to know the Unity engine, which I learned about from «that guy.» So in fact, I could easily do something else today if it were not for the circumstances. Often the events of our life are made by chance: somewhere I met someone, saw something and heard about something. In this matter, by the way, there are some doubts whether we are free in our choice, but this is a completely different story.

A muse, as far as I know, is a girl who does not like to sit in one place. You never know where you will meet her. How do you look for inspiration? Maybe you drink absinthe, like Vincent Van Gogh, or lock yourself naked in a room, like Victor Hugo, or, for example, go to the mountains for a long time … taking with you absinthe and Van Gogh, of course.

Unfortunately or fortunately, I do not use such extravagant methods of searching for inspiration. Most often, the muse comes by herself, without asking permission and without being interested in whether I have been waiting for her. But sometimes, books, films and everyday stories of real people help me to call her up. And add loneliness, rain and nature. In general, I sometimes like to be alone, it helps me think, look inside myself. Absinthe sometimes also helps if we talk about methods, but it usually causes quite depressive and destructive condition. Finally, for an introvert with social anxiety, loneliness is a normal state of mind in which they dreams up and thinks. Perhaps that is why I want to express myself in the art, for I do not always have a desire to do it in public, and it does not always work out.

What do you like to do in your free time from work, art and sleep?

To be honest, in recent years I have finally forgotten how to find free time for myself and use it for something not related to work. And it becomes a huge problem, because the head is constantly filled with reflections and pondering over the upcoming tasks. In this regard, office work for the company seems more favorable, since, leaving the working area, you can no longer think about business (of course, it does not always work, but still). Talking about independent development, the flow of thoughts is endless and it is quite difficult to control the daily routine. Often you sit up late into the night or ultimately suffer from insomnia. You know, it is a very interesting topic for reflection. Have you ever thought about how difficult it is sometimes to stop or mute the flow of thoughts at your will? After all, the brain constantly scrolls a huge stream of images, and, sometimes quite strange and even embarrassing ones. Khm. The brain is a hellish thinking machine that never ceases to surprise and impress, although in many respects it is inferior to computers. Returning to the main issue, free time still happens, and I try to spend it on communicating with family and friends, sometimes on trips to the countryside, going to the cinema or reality quests, thanks to a wide range of the latter nowadays.

What are your favorite books and movies? Were there any that made you really think over something?

I can not call myself a big fan of literature, but I have different experiences in practice. Sometimes I was reading eagerly, and other times I could not reach up even 30 pages. Taking as an example the works of the Strugatsky brothers, I read “Roadside Picnic” and “Hotel At the Dead Climber” with pleasure. But some other their works were left unread. I really like the works of Dmitry Glukhovsky and his views on the human’s essence: «The Metro», «The Text». And in general, many books about the Metro universe have aroused great interest and a lot of reflection on the topic of life, humanity and its place in the world. As for the movies, I don’t have any favorite genre, everything depends usually on my mood. I can enjoy the profound and even somewhat drawn-out picture (like “Blade Runner”, both the old and the new). And I sometimes like entertainment movies. Although, as for popcorn films like «Fast and the Furious» and «Loose Grannies» — I do not digest them at all. I really like the works of Yuri Bykov. Especially the picture «The Fool».

Well, Sergey, you are a very interesting conversationalist. Today we have learned a lot about you as a person and a creator. Many thanks for the openness and sincerity. Our conversation does not end here. Next time we will talk about Sergey Noskov’s new game called the “7th Sector”.